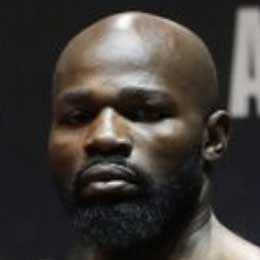 Carlos Takam is a French professional boxer, who holds French and Cameroonian citizenship. He was born in Douala, Cameroon on December 6, 1980. Takam made his professional boxing debut at the age of 25 against Zine Eddine Benmakhlouf on December 10, 2005. He is yet to win a world title. Takam is 41 years old, he will turn 42 in 1 month and 29 days.

Carlos Takam started boxing professionally at 25 years of age; he debuted against Zine Eddine Benmakhlouf on December 10, 2005, and defeated Benmakhlouf via 6 round PTS.

He had his first world title fight at the age of 36 on October 28, 2017 after 39 professional fights against Anthony Joshua for the WBA (Super) and IBF titles. Takam lost to Joshua via 10th round TKO.

His most recent fight was a non-title bout against Russian boxer Arslanbek Makhmudov on September 16, 2022. Takam lost the fight via 10 round unanimous decision. It's been 21 days since this fight.