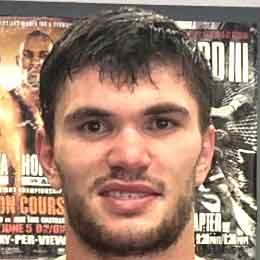 Ali Akhmedov started boxing professionally at 20 years of age; he debuted against Siarhei Krapshyla on May 14, 2016, and defeated Krapshyla via 1st round TKO.

His most recent fight was a non-title bout against American boxer Gabriel Rosado on September 17, 2022. Akhmedov won the fight via 10 round unanimous decision. It's been 20 days since this fight.