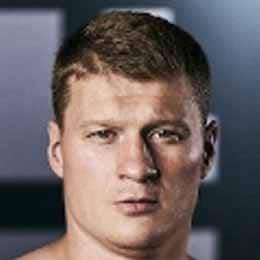 Alexander Povetkin (Sasha) is a Russian professional boxer. He was born in Kursk, Russian SFSR, Soviet Union on September 2, 1979. Povetkin made his professional boxing debut at the age of 25 against Muhammad Ali Durmaz on June 11, 2005. He is a heavyweight world champion. Povetkin is 43 years old, he will turn 44 in 8 months and 28 days.

Alexander Povetkin started boxing professionally at 25 years of age; he debuted against Muhammad Ali Durmaz on June 11, 2005, and defeated Durmaz via 2nd round TKO.

He had his first world title fight at the age of 31 on August 27, 2011 after 21 professional fights against Ruslan Chagaev for the heavyweight WBA (Regular) title. Povetkin defeated Chagaev via 12 round unanimous decision to become the new heavyweight champion of the world.

His most recent fight was a non-title rematch against British boxer Dillian Whyte on March 27, 2021. Povetkin lost the fight via 4th round TKO. It's been 1 year, 8 months, and 8 days since this fight.

These three fights are the highlight of of Alexander Povetkin's boxing career so far.