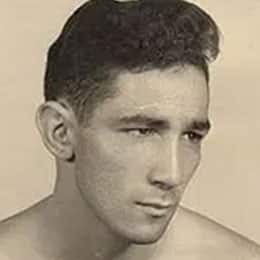 Willie Pep (Will o' the Wisp) was an American professional boxer. He was born in Middletown, Connecticut, United States on September 19, 1922. Pep made his professional boxing debut at the age of 17 on July 25, 1940. He was a featherweight world champion. He died on November 23, 2006 at the age of 84 years. Pep is a Hall of Famer.

Pep made his debut against Joey Marcus at the age of 17 on July 25, 1940, defeating Marcus via 4 round unanimous decision. He went on to win 61 more consecutive fights after the debut, which included 23 wins via stoppage.

Pep had his first world title fight at the age of 20 on November 20, 1942 after 53 professional fights, against Chalky Wright for the featherweight NYSAC and The Ring titles. He defeated Wright via 15 round unanimous decision to become the featherweight champion of the world.

He was a one-time unified featherweight world champion, and won two world titles at featherweight. For all the details about Pep's world title wins and defenses refer to "Willie Pep World Titles".

Willie Pep had a total of 11 losses in his professional boxing career — three of them in title bouts and eight in non-title bouts. He suffered his first loss against Sammy Angott via 10 round unanimous decision on March 19, 1943, which ended his 62-fight win streak. He was stopped six times and lost five times via decision. For more details about these defeats, refer to "All of Willie Pep's losses".

His last professional fight was a non-title bout against Calvin Woodland at 43 years of age, on March 16, 1966. Pep lost the fight via 6 round unanimous decision.

Pep retired from professional boxing with a record of 229-11-1, which included 65 knockout wins and 6 losses via knockout, and 2 title wins. He was inducted into the International Boxing Hall of Fame (IBHOF) in 1990.

Willie Pep fought a total of 241 times during his professional career. He was among the very best of his generation and was known for his great performances. These six fights are the highlight of his career.