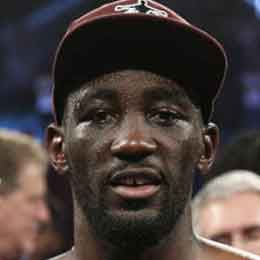 Terence Crawford (Bud) is an American professional boxer. He was born in Omaha, Nebraska, U.S. on September 28, 1987. Crawford made his professional boxing debut at the age of 20 against Brian Cummings on March 14, 2008. He is a 3-weight-class world champion. Crawford turned 35 last month, on the 28th.

Terence Crawford started boxing professionally at 20 years of age; he debuted against Brian Cummings on March 14, 2008, and defeated Cummings via 1st round KO.

He had his first world title fight at the age of 26 on March 1, 2014 after 22 professional fights against Ricky Burns for the lightweight WBO title. Crawford defeated Burns via 12 round unanimous decision to become the new lightweight champion of the world.

His most recent fight was a welterweight title defense bout against fellow American boxer Shawn Porter on November 20, 2021. Crawford won the fight via 10th round TKO and defended his WBO title. It's been 10 months and 17 days since this fight.