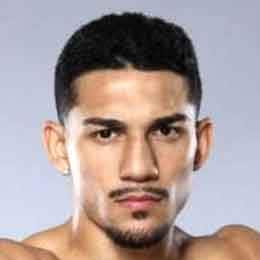 Teófimo López (The Takeover) is an American professional boxer. He was born in Brooklyn, New York, U.S. on July 30, 1997. López made his professional boxing debut at the age of 19 on November 5, 2016. He is a lightweight world champion. López is 25 years old, he will turn 26 in 5 months and 23 days.

Teófimo López made his debut against Ishwar Siqueiros at the age of 19 on November 5, 2016, defeating Siqueiros via 2nd round KO. He went on to win 15 more consecutive fights after the debut, which included 11 wins via stoppage.

López had his first world title fight at the age of 22 on December 14, 2019 after 14 professional fights, against Richard Commey for the lightweight IBF title. He defeated Commey via 2nd round TKO to become the lightweight champion of the world.

He is a one-time unified lightweight world champion, and has won four world titles at lightweight. For all the details about López' world title wins and defenses refer to "Teófimo López World Titles".

Teófimo López has had just a single loss in his professional boxing career so far. He suffered his first loss against George Kambosos Jr. via 12 round split-decision on November 27, 2021, which ended his 16-fight win streak. Kambosos Jr. is the only boxer to beat López. For more details about this defeat, refer to "All of Teófimo López' losses".

His most recent fight was a non-title bout against Spanish boxer Sandor Martin on December 10, 2022. López won the fight via 10 round split-decision. It's been 1 month and 28 days since this fight.

López' professional boxing record is currently at 18-1, which includes 13 knockout wins, and four title wins. He is on a two-fight winning streak.

Teófimo López has fought a total of 19 times till today. These three fights are the highlight of his career.