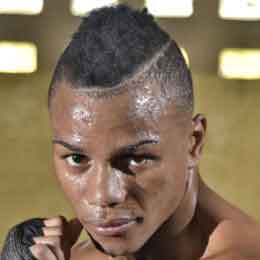 Norbelto Jimenez (Meneito) is a Dominican professional boxer. He was born in Santo Domingo, Dominican Republic on February 26, 1991. Jimenez made his professional boxing debut at the age of 18 against Juan Gabriel Guzman Pichardo on February 25, 2010. He is yet to win a world title. Jimenez is 31 years old, he will turn 32 in 4 months and 19 days.

Norbelto Jimenez started boxing professionally at 18 years of age; he debuted against Juan Gabriel Guzman Pichardo on February 25, 2010, and lost to Pichardo via 4 round majority decision.

Norbelto Jimenez had his first world title fight on December 31, 2014 at the age of 23, after 31 professional fights against Kohei Kono with the WBA (Super) title on the line. The fight ended in a split-decision draw.

His most recent fight was a non-title bout against Keyvin Lara on April 8, 2022. Jimenez won the fight via 10 round unanimous decision. It's been 5 months and 29 days since this fight.