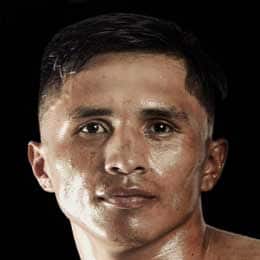 Mauricio Lara (Bronco) is a Mexican professional boxer. He was born in Mexico City, Distrito Federal, Mexico on February 23, 1998. Lara made his professional boxing debut at the age of 17 on October 10, 2015. He is yet to win a world title. Lara is 24 years old, he will turn 25 in 22 days.

Mauricio Lara made his debut against Julio Carabino at the age of 17 on October 10, 2015, losing to Carabino via 4 round split-decision. He went on to win 11 consecutive fights after this loss, which included 6 wins via stoppage.

Mauricio Lara is scheduled for his first world title fight on February 18, 2023 at the age of 24, after 28 professional fights, against Leigh Wood with the WBA title on the line.

His most recent fight was a non-title bout against Colombian boxer José Sanmartin on October 22, 2022. Lara won the fight via 3rd round TKO. It's been 3 months and 10 days since this fight.

Lara's professional boxing record is currently at 25-2-1, which includes 18 knockout wins and 1 loss via knockout. He is on a two-fight winning streak, and is scheduled to face British boxer Leigh Wood on February 18, 2023.