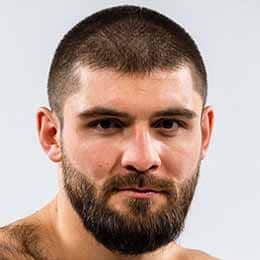 Magomed Kurbanov (Black Lion) is a Russian professional boxer. He was born in Pervomayskoye, Kayakentsky District, Dagestan, Russia on August 3, 1995. Kurbanov made his professional boxing debut at the age of 19 against Charlan Takam on June 19, 2015. He is a super-welterweight world champion. Kurbanov is 27 years old, he will turn 28 in 7 months and 26 days.

Magomed Kurbanov started boxing professionally at 19 years of age. He debuted against Charlan Takam on June 19, 2015 and defeated Takam via 2nd round TKO.

Kurbanov got elevated as the super-welterweight world WBC champion at the age of 21 after 8 professional fights, and had his first title defense fight against Dennis Laurente on November 18, 2016, and won via 10 round unanimous decision.

His most recent fight was a non-title bout against Brazilian boxer Patrick Teixeira on July 9, 2022. Kurbanov won the fight via 10 round unanimous decision. It's been 4 months and 29 days since this fight.