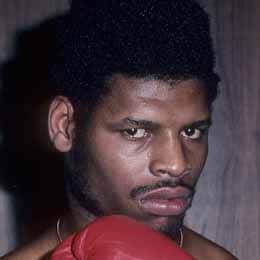 Leon Spinks (Neon) was an American professional boxer. He was born in St. Louis, Missouri, U.S. on July 11, 1953. Spinks made his professional boxing debut at the age of 23 against Bob Smith on January 15, 1977. He was a heavyweight world champion. Spinks died on February 5, 2021 at the age of 68 years.

Leon Spinks was active from from 1977 to 1995. He started boxing professionally at 23 years of age; Spinks debuted against Bob Smith on January 15, 1977, and defeated Smith via 5th round TKO.

He had his first world title fight at the age of 24 on February 15, 1978 after 7 professional fights against Muhammad Ali for the heavyweight WBA, WBC, and The Ring titles. Spinks defeated Ali via 15 round split-decision to become the new heavyweight champion of the world.

His last professional fight was a non-title bout against Fred Houpe at 42 years of age, on December 4, 1995. Spinks lost the fight via 8 round unanimous decision.