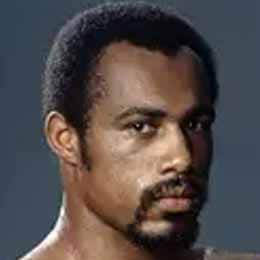 Ken Norton (The Black Hercules) was an American professional boxer. He was born in Jacksonville, Illinois, U.S. on August 9, 1943. Norton made his professional boxing debut at the age of 24 against Grady Brazell on November 14, 1967. He died on September 18, 2013 at the age of 70 years. Norton is a Hall of Famer.

Ken Norton was active from from 1967 to 1981. He started boxing professionally at 24 years of age; Norton debuted against Grady Brazell on November 14, 1967, and defeated Brazell via 5th round TKO.

He had his first world title fight at the age of 30 on March 26, 1974 after 32 professional fights against George Foreman for the WBA, WBC, and The Ring titles. Norton lost to Foreman via 2nd round TKO.

His last professional fight was a non-title bout against fellow American boxer Gerry Cooney at 37 years of age, on May 11, 1981. Norton lost the fight via 1st round TKO.

Norton was inducted into the International Boxing Hall of Fame (IBHOF) in 1992.