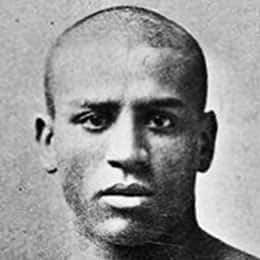 Gans made his debut against Buck Myers at the age of 18 on October 23, 1893. The fight ended in a nd. He went on to win 2 consecutive fights after this nd, which included 2 wins via stoppage.

Joe Gans had a total of 12 losses in his professional boxing career — all of them in non-title bouts. He suffered his first loss against Paul Johnson via 5 round PTS on June 27, 1894. He was stopped five times and lost seven times via decision. For more details about these defeats, refer to "All of Joe Gans' losses".

His last professional fight was a non-title bout against Jabez White at 34 years of age, on March 12, 1909. Gans won the fight via 10 round NWS.

He was inducted into the International Boxing Hall of Fame (IBHOF) in 1990.