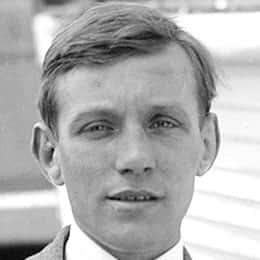 Wilde made his debut against Ted Roberts at the age of 18 on January 1, 1911, defeating Roberts via 3rd round KO.

Wilde had his first world title fight at the age of 31 on June 18, 1923 after 149 professional fights, against Pancho Villa for the NYSAC and The Ring titles. He lost to Villa via 7th round KO.

Jimmy Wilde had a total of four losses in his professional boxing career — one of them in a title bout and three in non-title bouts. He suffered his first loss against Tancy Lee via 17th round TKO on January 25, 1915, which ended his 94-fight win streak. He was stopped three times and lost once via decision. For more details about these defeats, refer to "All of Jimmy Wilde's losses".

His last professional fight was on June 18, 1923 against Filipino boxer Pancho Villa for Villa's flyweight NYSAC and The Ring titles. Wilde lost the fight via 7th round KO.

Wilde retired from professional boxing with a record of 137-4-1, which included 98 knockout wins and 3 losses via knockout. He was inducted into the International Boxing Hall of Fame (IBHOF) in 1990.