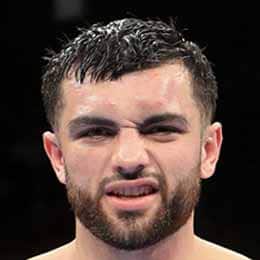 Jack Catterall (El Gato) is an English professional boxer. He was born in Chorley, Lancashire, England on July 1, 1993. Catterall made his professional boxing debut at the age of 19 against Carl Allen on September 22, 2012. He is yet to win a world title. Catterall is 29 years old, he will turn 30 in 6 months and 23 days.

Jack Catterall started boxing professionally at 19 years of age. He debuted against Carl Allen on September 22, 2012 and defeated Allen via 4 round PTS.

He had his first world title fight at the age of 28 on February 26, 2022 after 26 professional fights against Josh Taylor for the WBA (Super), WBC, IBF, WBO, and The Ring titles. Catterall lost to Taylor via 12 round split-decision.

His most recent fight was for the super-lightweight undisputed championship title against Scottish boxer Josh Taylor on February 26, 2022. Catterall lost the fight via 12 round split-decision. It's been 9 months and 12 days since this fight.