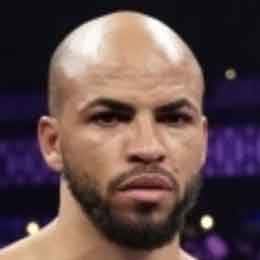 Héctor García (El Androide) is a Dominican professional boxer. He was born in San Juan de la Maguana, Dominican Republic on November 1, 1991. García made his professional boxing debut at the age of 25 against Marlembron Acuna on December 16, 2016. He is a super-featherweight world champion. García is 31 years old, he will turn 32 in 10 months and 24 days.

Héctor García started boxing professionally at 25 years of age. He debuted against Marlembron Acuna on December 16, 2016 and defeated Acuna via 3rd round RTD.

His most recent fight was on August 20, 2022 against Venezuelan boxer Roger Gutiérrez for Gutiérrez' super-featherweight title. García won the fight via 12 round unanimous decision and won the WBA title. It's been 3 months and 18 days since this fight.