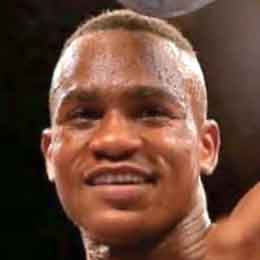 Hassan Mwakinyo (Tornado) is a Tanzanian professional boxer. He was born in Tanga, Tanzania on March 15, 1995. Mwakinyo made his professional boxing debut at the age of 20 against Alibaba R Tarimo on November 29, 2015. He is yet to win a world title. Mwakinyo is 27 years old, he will turn 28 in 5 months and 8 days.

Hassan Mwakinyo started boxing professionally at 20 years of age; he debuted against Alibaba R Tarimo on November 29, 2015, and defeated Tarimo via 6 round unanimous decision.

His most recent fight was a non-title bout against British boxer Liam Smith on September 3, 2022. Mwakinyo lost the fight via 4th round TKO. It's been 1 month and 4 days since this fight.