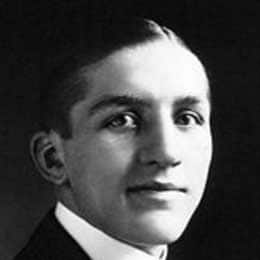 Carpentier made his debut against Ed Salmon at the age of 14 on November 1, 1908, defeating Salmon via 13 round DQ.

Georges Carpentier had a total of 16 losses in his professional boxing career — two of them in title bouts and 14 in non-title bouts. He suffered his first loss against Ed Salmon via 18th round TKO on November 30, 1908. He was stopped 10 times and lost six times via decision. For more details about these defeats, refer to "All of Georges Carpentier's losses".

His last professional fight was a non-title bout against Rocco Stramaglia at 32 years of age, on September 15, 1926. Carpentier won the fight via 3rd round KO.

Carpentier retired from professional boxing with a record of 89-16-6, which included 57 knockout wins and 10 losses via knockout, and 1 title win. He was inducted into the International Boxing Hall of Fame (IBHOF) in 1991.

Georges Carpentier fought a total of 112 times during his professional career. He was among the very best of his generation and was known for his great performances. These two fights are the highlight of his career.