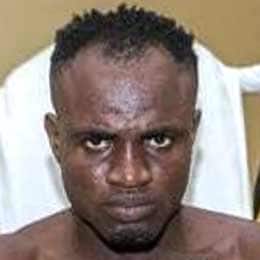 Emmanuel Tagoe (The Gameboy) is a Ghanaian professional boxer. He was born in Accra, Ghana on January 10, 1989. Tagoe made his professional boxing debut at the age of 15 on June 19, 2004. He is yet to win a world title. Tagoe turned 34 last month, on the 10th.

Emmanuel Tagoe made his debut against Lante Addy at the age of 15 on June 19, 2004, losing to Addy via 5th round TKO. He went on to win 32 consecutive fights after this loss, which included 15 wins via stoppage.

His most recent fight was a non-title bout against American boxer Ryan Garcia on April 9, 2022. Tagoe lost the fight via 12 round unanimous decision. It's been 9 months and 26 days since this fight.

Tagoe's professional boxing record is currently at 32-2, which includes 15 knockout wins and 1 loss via knockout. He is on a one-fight losing streak, and is scheduled to face American boxer Keyshawn Davis on April 8, 2023.