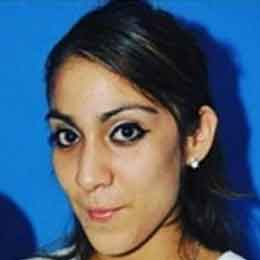 Elizabeth Carabajal (Burbuja) is an Argentinian professional boxer. He was born in Buenos Aires, Distrito Federal, Argentina on June 24, 1990. Carabajal made his professional boxing debut at the age of 23 against Vanesa del Valle Calderon on August 17, 2013. He is yet to win a world title. Carabajal is 32 years old, he will turn 33 in 8 months and 17 days.

Elizabeth Carabajal started boxing professionally at 23 years of age; he debuted against Vanesa del Valle Calderon on August 17, 2013, and defeated Calderon via 4 round unanimous decision.

Elizabeth Carabajal is scheduled for his first world title fight on October 29, 2022 at the age of 32, after 19 professional fights against Katie Taylor with the WBA, WBC, IBF, WBO, and The Ring titles on the line.

His most recent fight was a non-title bout against Lorena Edith Agoutborde on April 10, 2022. Carabajal won the fight via 6 round unanimous decision. It's been 5 months and 27 days since this fight.