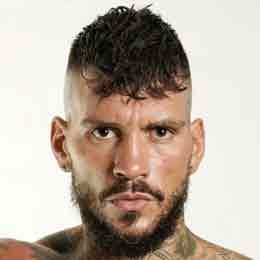 Daniele Scardina (King Toretto) is an Italian professional boxer. He was born in Rozzano, Lombardy, Italy on April 2, 1992. Scardina made his professional boxing debut at the age of 23 against Wilson Jimenez on September 4, 2015. He is yet to win a world title. Scardina is 30 years old, he will turn 31 in 3 months and 25 days.

Daniele Scardina started boxing professionally at 23 years of age. He debuted against Wilson Jimenez on September 4, 2015 and defeated Jimenez via 2nd round TKO.

His most recent fight was a non-title bout against fellow Italian boxer Giovanni De Carolis on May 13, 2022. Scardina lost the fight via 5th round KO. It's been 6 months and 25 days since this fight.