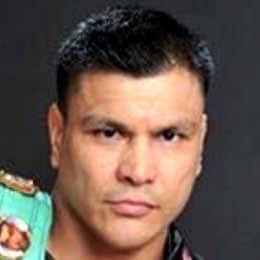 Daniel Ponce de León (El León) is a retired Mexican professional boxer. He was born in Ciudad Cuauhtémoc, Chihuahua, Mexico on July 27, 1980. León made his professional boxing debut at the age of 20 against Servando Solis on March 31, 2001. He is a former 2-weight-class world champion. He is 42 years old, and will be turning 43 in 7 months and 19 days.

Daniel Ponce de León was active from from 2001 to 2014. He started boxing professionally at 20 years of age. León debuted against Servando Solis on March 31, 2001 and defeated Solis via 1st round TKO.

His last professional fight was a non-title bout against Miguel Roman on June 7, 2014. León lost the fight via 9th round TKO. It's been 8 years, 6 months, and 1 day since this fight.

León retired from professional boxing with a record of 45-7.

These two fights are the highlight of of Daniel Ponce de León's boxing career.