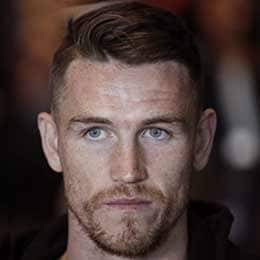 Callum Smith (Mundo) is a British professional boxer. He was born in Liverpool, Merseyside, England on April 23, 1990. Smith made his professional boxing debut at the age of 22 against Dan Blackwell on November 17, 2012. He is a super-middleweight world champion. Smith is 32 years old, he will turn 33 in 4 months and 18 days.

Callum Smith started boxing professionally at 22 years of age; he debuted against Dan Blackwell on November 17, 2012, and defeated Blackwell via 4 round PTS.

He had his first world title fight at the age of 28 on September 28, 2018 after 24 professional fights against George Groves for the super-middleweight WBA (Super) and The Ring (vacant) titles. Smith defeated Groves via 7th round KO to become the new super-middleweight champion of the world.

His most recent fight was a non-title bout against French boxer Mathieu Bauderlique on August 20, 2022. Smith won the fight via 4th round KO. It's been 3 months and 15 days since this fight.

These two fights are the highlight of of Callum Smith's boxing career so far.