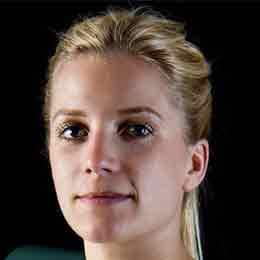 Tina Rupprecht (Tiny Tina) is a German professional boxer. She was born in Augsburg, Germany on August 23, 1992. Rupprecht made her professional boxing debut at the age of 21 on December 7, 2013. She is a strawweight world champion. Rupprecht is 30 years old, she will turn 31 in 6 months and 22 days.

Tina Rupprecht made her debut against Helena Tosnerova at the age of 21 on December 7, 2013, defeating Tosnerova via 1st round TKO. She went on to win 8 more consecutive fights after the debut, which included 2 wins via stoppage.

Rupprecht got elevated as the strawweight world WBC champion at the age of 26 after 8 professional fights, and had her first title defense fight against Niorkis Carreno on December 15, 2018, and won via 10 round unanimous decision.

Tina Rupprecht has never lost a fight in her professional boxing career so far. She will be fighting Seniesa Estrada on March 25, 2023. Will she remain undefeated?

Her most recent fight was a strawweight title defense bout against Rocio Gaspar on December 10, 2022. Rupprecht won the fight via 10 round unanimous decision and defended her WBC title. It's been 1 month and 22 days since this fight.

Rupprecht's professional boxing record is currently at an undefeated 12-0-1, which includes 3 knockout wins. She is on a three-fight winning streak, and is scheduled to face American boxer Seniesa Estrada on March 25, 2023.